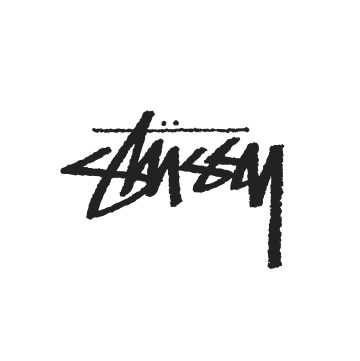 Established in 1980 by Shawn Stussy who originally began selling his own hand made surf boards on Laguna Beach. Stüssy quickly gained popularity within the surf, skateboarding and hip-hop communities. Stüssy’s focus on casual, well made clothing with a strong brand identity resonated with the youth heavily and became one of the most sought after brands in the streets. Following on from their 35th anniversary recently, Stüssy is continuing to push the envelope in streetwear with new ‘Chapter’ stores each year worldwide and recent collaborations with Nike SB and GORE-TEX. Expect classic silhouttes such a button up shirts with a twist and graphic print jackets, hoodies, t-shirts and caps.